Home » India and The Himalayas » Harappa and Mohenjo-Daro

In 1856, a group of British railroad engineers uncovered an ancient and advanced civilization. The engineers were laying tracks through the Indus River Valley in present-day Pakistan. They searched the area for stone to make ballast. Ballast is crushed rock placed around railroad tracks to drain water from the path of the train. The engineers found bricks that seemed very old but were formed exactly alike. The local people told the engineers of the ruins of an ancient city made of the same bricks. The engineers soon realized that the bricks were part of one of the earliest advanced civilizations in history.

Archaeologists later discovered more than 1500 additional settlements along the banks of the Indus River. As with Mesopotamia and Egypt, the river’s silt provided the civilization with rich topsoil for farming.

The Indus River civilization developed about 3000BCE and flourished for about 1500 years before mysteriously going into a period of decline. We don’t know what those ancient people called the cities they lived in, but we now refer to the two largest as Harappa, after a nearby village, and Mohenjo Daro, a local term that means “hill of the dead."

Harappa and Mohenjo Daro were expertly planned cities built with a grid pattern of wide, straight streets. Thick walls surrounded the cities. Many people lived in sturdy brick houses that had as many as three floors. Some houses had bathrooms and toilets that connected to the world’s first sewer system. An irrigation system of canals provided a reliable source of water for growing wheat and barley. There is also evidence that people herded sheep, cattle and goats.

The ancient people of the Indus River Valley had a highly advanced knowledge of mathematics and a sophisticated system of weights and measures. The bricks–even those used in different cities–are the same size, suggesting that the cities may have had the same government.

Archaeologists have also found evidence of musical instruments, toys and games, and pottery. The people of the Indus River valley were very interested in cleanliness. Excavators have uncovered evidence of combs, soaps, and medicine. The cities were also practicing some form of dentistry. We know this because archaeologists found a gravesite with the remains of people whose teeth had been drilled.

The Indus River Valley cities traded with distant foreign cultures. Archaeologists have found jewelry made in Harappa as far away as Mesopotamia. Traders also sold cotton cloth and hardwood from the teak trees that grew in the valley.

Ancient cities along the Indus River Valley may have been home to more than five million people, but the civilization went into decline about 1700BCE and seems to have been abandoned by about 1500BCE. Archaeologists have many ideas from the clues left behind, but no definite answers.

Perhaps a natural disaster could have destroyed the civilization. There may have been a prolonged drought, or the moving tectonic plates that created the Himalayas may have caused a devastating earthquake. Some evidence suggests the Indus Valley cities were invaded by nomadic warriors who destroyed their advanced culture.

It is also possible that the people of the Indus Valley cities may have unintentionally destroyed their environment. They may have overgrazed their land, exhausted their soil, or cut down the forests in their region. The people may have been left without wood for building and fuel, and without the trees to hold the topsoil in place, the land was vulnerable to severe flooding.

It is also possible the same moving tectonic plates that created the Himalayas may have caused a devastating earthquake, or the people may have been defeated by another culture.

Archaeologists have excavated only a fraction of the many cities and settlements of the Indus River Valley civilization, so our understanding of the region is still evolving. Perhaps we may one day decipher their writing so we can learn how these ancient cities developed, how their citizens learned to create an advanced civilization, and why the cities were eventually abandoned. 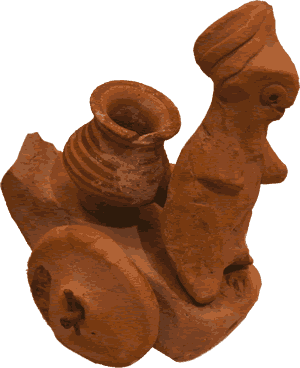 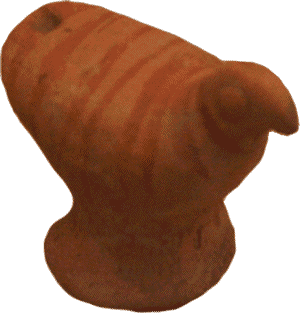