From at least 1766BCE to the twentieth century of the Common Era China was ruled by dynasties. A dynasty is a ruling family that passes control from one generation to the next. A dynasty does not have to last for a long time. One Chinese dynasty lasted more than 800 years while another lasted only fifteen years. 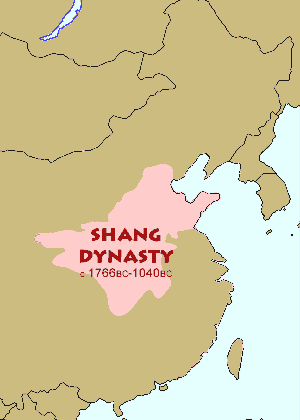 There are indications of an earlier Xia Dynasty (pronounced she-ah*), but the Shang were the first dynasty to leave written records. The Shang Dynasty ruled China from approximately 1766BCE to about 1040BCE. Shang rulers expanded the borders of their kingdom to include all of the land between present-day Mongolia and the Pacific Ocean.

The Shang practiced human sacrifice. If a Shang ruler died, many of his subjects would join the ruler in his grave. Some people were beheaded first but others were buried alive. When a Shang king died, his next oldest brother replaced him. When there were no brothers, the oldest maternal nephew became king. A maternal nephew would be a child of one of the deceased king’s cousins – that is, a son of h`is mother’s siblings.

The Zhou (joe*) were nomads who lived west of the Shang. They overthrew the Shang and ruled China from 1040BCE to the third century before the Common Era. The Zhou gained power, in part, from their ability to extract iron from rocks. They used the metal to create powerful weapons. 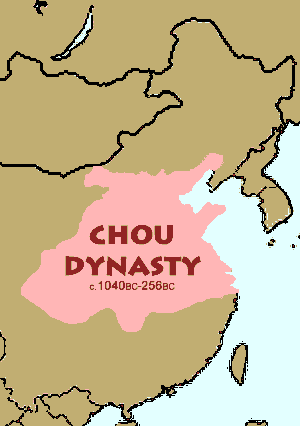 The Zhou developed a feudal system in China. In a feudal system, the rulers appoint nobles to rule smaller parts of an empire. The nobles divided the land into farms for extended families. An extended family might include many generations and would often include cousins and second cousins. Landholding families were loyal to their nobles and the nobles were in turn loyal to the Zhou rulers.

The Zhou rulers taxed their subjects, but they used the wealth they collected to build huge walls around their cities to defend the cities from nomadic warriors.

Chinese nobles gradually gained more power than the Zhou rulers in a period of Chinese history that historians call the Age of Warring States. It was during this period of instability that a great teacher named Confucius tried to develop good government.

Rulers of the Qin (chin*) dynasty managed to unify China and end the Age of Warring States by 221BCE. The Qin rulers clearly explained their laws to the people — and then strictly enforced them. Qin rulers standardized weights and measures and carried out irrigation projects. The Qin also gave peasant farmers the land they lived on. The West first learned of China during the Qin dynasty. It is from Qin that we get the word China. 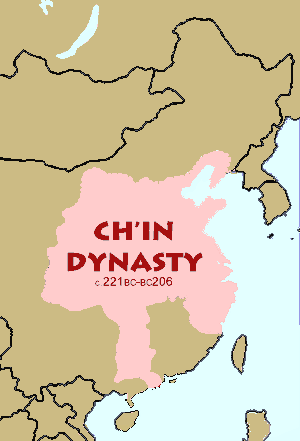 China grew into a great empire during the Han Dynasty, between 202BCE and 220CE. Scholars trained in the teachings of Confucius ran the Han governments with great skill. The last Chinese dynasty to rule came from a region of northeast China called Manchuria. The Manchus, also known as the Qing (king*) were weak rulers who were unable to stop other nations from interfering with China. 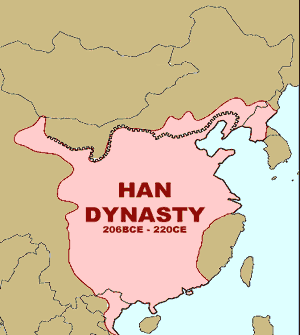 The British seized Hong Kong in 1841, but more importantly, by the middle of the nineteenth century, had forced the Chinese government to allow them to sell a dangerous drug called opium to the Chinese people. The British defeated the Manchus in a series of conflicts that later became known as the Opium Wars.

In 1894, Japan seized the island of Formosa, which later became known as Taiwan. By the turn of the century, foreigners had overrun China. Parts of China were ruled by the British, French, American, German, Russian, and Japanese forces. The Chinese people believed that the Manchus had lost the Mandate of Heaven. They began to support a group known as the Nationalists, who pledged to free China from foreign rule. The Nationalists had driven out the last of the Manchu rulers, a six-year-old boy, by 1911.

The Dynasties of China

Chinese oral tradition describes Yu the Great, who organized the people to build canals that stopped flooding and created great prosperity. Most historians once believed the Xia to be a mythical dynasty, but recent archaeological findings seem to verify their existence.

Excavations have confirmed descriptions in ancient Chinese literature of a highly developed culture. In addition to developing a writing system still in use today, the Shang created a lunar calendar consisting of twelve months of 30 days each. The Shang were distinguished by an aristocratic government, great artistry in bronze, an agricultural economy, and armies of thousands whose commanders rode in chariots.

The nomadic Zhou people from northwestern China overthrew the Shang kings. The Zhou developed a feudal society in China, but slowly lost power to local warlords.

Weights and measures and the Chinese writing system were unified under the Qin. Chinese defenses against nomadic warriors were strengthened by creating the Great Wall.

During the Han Dynasty, the Chinese invented paper, recorded the history of their land, and first learned of Buddhism. The Han is often compared to the Roman Empire of the same age. Today the Chinese word for Chinese person means “a man of Han."

Considered the “Golden Age of China," the Tang Dynasty made China the largest, wealthiest, and the most populous nation of their time. Tang rulers based their laws on based on Confucian thought.

Several rival states vied for control of China during a brief period of disunity.

The Song Dynasty reunified China and ruled for 300 years. Paper money was introduced during the Song dynasty.

Kublai Khan established the Yuan Dynasty after his Mongol tribes defeated China. The Yuan encouraged Europeans to travel overland to China; Marco Polo was the most famous of the early Europeans to make the journey.

– As famine and plague swept China, the Mandate of Heaven passed to Zhu Yuanzhang, who led a peasant army to victory over the Mongols. The Ming were known for orderly government and control over Chinese peasants.

Founded by conquerors from Manchuria in 1644, the Qing was the last imperial dynasty of China. Decades of upheaval led to the fall of the Qing.

A series of weak governments followed the fall of the Qing. In 1931, Japan seized Manchuria in northeast China and formed the puppet state of Manchukuo.

The People’s Republic of China (1949-present)

A Communist revolution led by Mao Zedong captured control of China in 1949. The communists continued to rule long after Mao’s death in 1976.