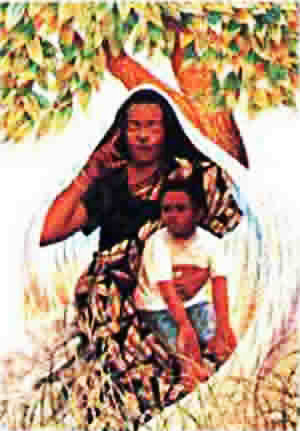 The European colonial powers called Africa “the Dark Continent” when they began their explorations. They saw Africa as a vast and dangerous place filled with savage people, but Africa has been home to many advanced, exotic civilizations. Many of them have been buried beneath the sands of time, and archaeologists continue to uncover more clues about ancient African civilizations.

West Africa has a great oral tradition. A griot is a learned storyteller, entertainer and historian. Often a griot will memorize the genealogy, or family history, of everyone in a village going back centuries. American writer Alex Haley met a griot in 1966 who had memorized the entire story of the village of Juffure to a date two centuries in the past when Haley’s ancestor was enslaved.

“The old griot had talked for nearly two hours up to then . . . ‘the oldest of these fours sons, Kunta, went away from his village and he was never seen again’ . . . I sat as if I were carved of stone. My blood seemed to have congealed. This man whose lifetime had been in this back-country African village had no way in the world to know that he had just echoed what I had heard all through my boyhood years on my grandma’s front porch in Henning, Tennessee.“

A great deal of what we know about West Africa comes from the griots, but archaeologists are often surprised by new finds. Scholars have concluded that civilization developed in West Africa as much as one thousand years earlier than they once believed. We now know that Africa had an Iron Age culture with cities and trade routes about 250 years before the Common Era. 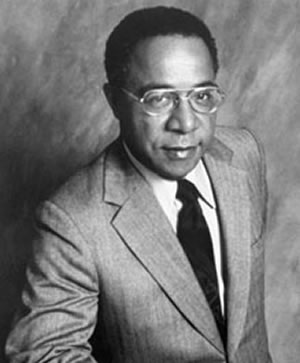 Alex Haley (1921 – 1992) was an American writer. His works include co-authorship of The Autobiography of Malcolm X and Roots: The Saga of an American Family. 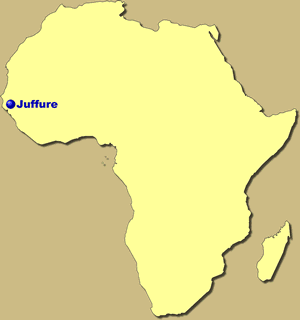 American author Alex Haley traced his family history to Juffure (also spelled Jufureh or Juffureh), a small village located 20 miles inland on the Gambia River in the modern nation of the Gambia.