The Cradle of Western Civilization

The civilization of ancient Greece flowered more than 2500 years ago but the ideas of the ancient Greeks continue to influence the way we live today. The people of ancient Greece attempted to explain the world through the laws of nature. The ancient Greeks made important discoveries in science. They developed democracy, a system in which people govern themselves rather than being ruled by a king. The Greeks also valued beauty and imagination. They wrote many stories and plays that continue to be performed today.

Greece is made up of a peninsula and group of islands in southeastern Europe. A peninsula is a piece of land that is almost surrounded by water. Their mountainous, rocky land was not good for farming, so the ancient Greeks became excellent sailors who traveled to distant lands.

Greek sailors learned from many different cultures and spread their ideas to many lands far from their home. The Greeks learned the alphabet from sea-faring Phoenicians, who lived in what is now Syria and Lebanon.

Ancient Greek geographers divided the world into regions we still use today. The lands west of Greece are still known as the western world, while the lands east of Greece are often referred to as the eastern world.

A cradle is a small bed for an infant. Many of the ideas that flourished in the western world were “born” in ancient Greece. This is why Greece is often known as the Cradle of Western Civilization. 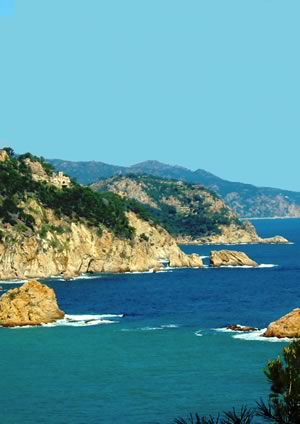 Many people travel to Greece to enjoy the landscape, but because the land is rocky and mountainous, the ancient Greeks turned to the sea to become excellent farmers. 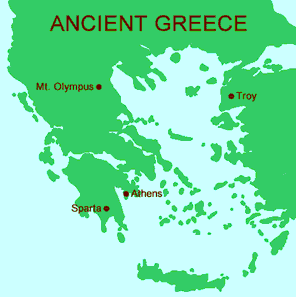 Greece is in southeast Europe. It is composed on a peninsula and several islands. The ruins of Troy were found in what is now the modern nation of Turkey. 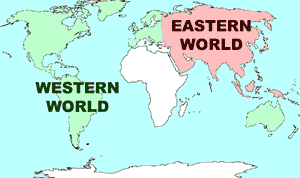