On October 12, 1492, Christopher Columbus landed on a small island he called San Salvador. Columbus believed he had reached the Indies, or the islands southwest of India that include Indonesia and Malaysia. Columbus died believing he had reached the east by sailing west, but instead he had discovered a “new world.”

The Caribbean Sea is named for the Carib, nomadic sea-faring warriors who lived in the region when Columbus arrived. The Carib drove out their enemies, the Arawaks. Only men spoke the Carib language, the women spoke Arawak. The Carib killed the men, but would keep the women as slaves. The Carib were believed to have eaten the flesh of the people they defeated. The word cannibal derives from an Arawak term for the Carib. 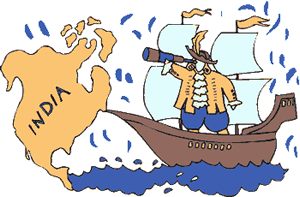 Once word of a “new world” reached Europe, the British, French and Dutch joined the Spaniards in the Caribbean. The newcomers brought with them diseases like measles and smallpox. The Europeans had been exposed to the diseases, so their bodies developed a protection similar to a vaccine. When you receive a vaccine, a small portion of a virus is injected into your body. Your immune system then learns the disease and prepares for future infections. The native people of the Caribbean had no immunity from the European diseases, so outbreaks of measles and smallpox decimated their population. 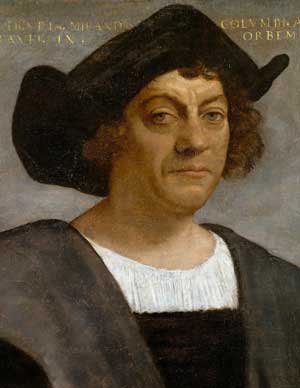 This portrait of Christopher Columbus was painted by Sebastiano del Piombo in 1519, thirteen years after the explorer died. There are no known authentic portraits of Columbus. 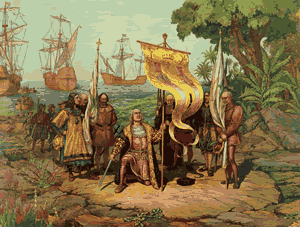 An illustration of a Carib Indian family (John Gabriel Stedman)