Elián González was five-years-old when he was rescued from a raft in 1999.

On Thanksgiving Day, 1999, two boaters found a five-year-old boy named Elián González clinging to a raft. Two days earlier, his mother and stepfather and nine other people were killed when their boat capsized. Elián was the only survivor.

American Immigration officials delivered the boy to his great uncle, Lazaro González, a Cuban exile who lived in Miami. Elián’s father lived in Cuba and was divorced from his mother. He demanded that the child returned home to him. Lazaro González refused; he said that returning Elián to Cuba would be equivalent to child abuse. America’s vocal anti-Castro Cuban community demanded that Elián be allowed to stay in America. 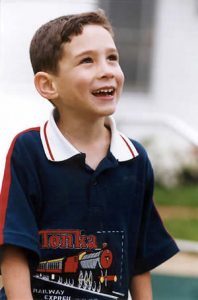 American law clearly states that Elián’s father—his closest living blood relative—had the right to have his son returned to him. Lazaro argued in court that an exception should be made in this extraordinary case. United States Attorney General Janet Reno tried to persuade Lazaro to give the boy to his father, but he refused.

Ms. Reno ordered immigration agents to seize Elián from Lazaro’s house and return him to his father. Elián had flown to America and agreed to stay until the American courts resolved the problem. The court ruled unanimously that Elián must live with his closest blood relative. The day of the ruling, Elián and his father returned home to Cuba, seven months after Elián arrived in Miami.

Elián grew up in Cuba. He finished college and is now the father of a young daughter.