Liberia is a West African nation originally founded by freed slaves from the American South between 1820 and 1865. President James Monroe’s administration furnished the funds for the freedmen and is honored by Liberia’s capital city: Monrovia. Liberia is unique among African nations in that a colonial government has never controlled it.

However, the former slaves subjugated the indigenous Mande, Kwa, and Mel people in the same manner that white colonists later did. A ruling class of “Americo-Liberians” dominated the government, despite comprising less than three percent of the population. The last Americo-Liberian leader, William R. Tolbert, was the grandson of freed South American slaves. He was believed to have stolen about $200 million dollars from the Liberian treasury.

Tolbert was killed in a 1980 military coup led by Samuel K. Doe, who opposed the privilege of the Americo-Liberians. Doe brutally ruled Liberia for ten years until being tortured and killed by rebel forces.

A civil war is a war within a nation, as opposed to a war with other nations. Liberia’s civil war lasted from 1989 to 1997, when military strongman Charles Taylor sealed his control over the nation.

Taylor attempted to overthrow the government of neighboring Sierra Leone. He was found guilty of crimes against humanity by an international court set up by the United Nations. In 2012, the former strongman was sentenced to fifty years in prison.

Civil strife destroyed much of Liberia’s economy, causing many business people to leave the nation, but in 2006, the Liberian people held free elections. They chose Ellen Johnson Sirleaf as the first elected female head of state in Africa. Liberia’s recent history is a sad chapter for a nation whose founding was steeped in freedom, but since the 2006 elections, its economy has been improving.

The Republic of Liberia, is a country in West Africa bordered by Sierra Leone to its west, Guinea to its north and Ivory Coast to its east. 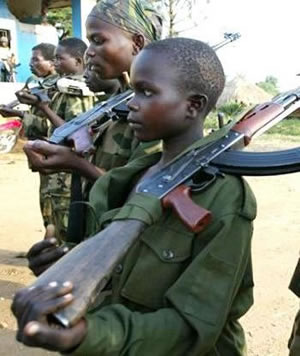 Children as young as eight served as soldiers in the Liberian Civil War. Child-soldiers.org reports that the use of children in military forces, and the active participation of children in armed conflicts is widespread. 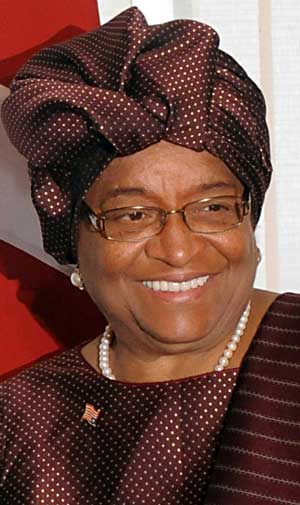 Ellen Johnson Sirleaf (b. 1938) is served as President of Liberia from 2006 to 2018. Sirleaf was the first elected female head of state in Africa.