Archaeology – The Science of History

Archaeology – The Science of History

Occasionally, archaeologists will discover a fossil that has been petrified. Petrifaction is the process by which organic material is converted into stone. Petrifaction occurs when rivers and streams carry dissolved minerals to the porous parts of bones, shells or wood. The minerals eventually crystallize and settle, filling the pores. 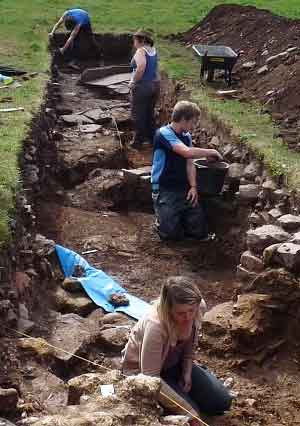 An excavation in progress