The life of the last Queen of Egypt is a story of love, greed, and romance. Cleopatra was born in 69BCE. While she lived long after the era of the pharaohs had passed, many Egyptian people worshipped Cleopatra as a goddess. Cleopatra was born in Egypt, but she was part of a Greekruling family that had controlled Egypt for hundreds of years.

Alexander the Great was a military genius from Macedonia, a mountainous land north of Greece. In 332BCE, Alexander’s army freed the Egyptian people from Persian rule. The grateful Egyptian people worshipped Alexander as a pharaoh. When Alexander suddenly died four years later, his empire was divided among his top generals. Ptolemy became the ruler of Egypt and the first ruler of what was called the Ptolemaic dynasty.

When Cleopatra’s father, Ptolemy XII, died in 51BCE, his will decreed that seventeen-year-old Cleopatra and her twelve-year-old brother, Ptolemy XIII, were to rule Egypt together—as husband and wife. Cleopatra was a very different ruler than the other members of the Ptolemy family. She learned the Egyptian language while the other members of her family spoke only Greek. Cleopatra also practiced the religious customs of Egypt, and many Egyptians viewed her as a pharaoh. In 48BCE, the Queen’s generals found they could not control her, so they ousted Cleopatra and made her brother the sole monarch of Egypt.

A few months after Cleopatra was removed from power, a Roman army led by Julius Caesar arrived in Egypt in pursuit of another Roman general. Caesar’s army was much larger than the Egyptian forces, so Cleopatra concluded that Caesar could return her to power. Cleopatra arranged to have a huge carpet delivered to the 54-year-old Caesar. When Caesar unrolled the carpet, he found the 22-year-old former queen wrapped inside. Soon after, Caesar and Cleopatra became lovers, and the Roman general led his army to capture and kill the people who removed Cleopatra from power. Her brother, Ptolemy XIII, drowned in the Nile while fleeing from Caesar’s army.

Egyptian law did not allow their queen to rule without a king from the Ptolemy family, so Cleopatra married another brother, this one named Ptolemy XIV, though she was in love with Caesar.

Caesar and Cleopatra spent the next several months sailing along the Nile, where Caesar observed how the Egyptian people worshipped Cleopatra as a pharaoh. Caesar was a very powerful general who conquered many lands, but he knew that becoming a god was something he could never achieve.

Soon after Caesar returned to Rome in 46BCE, Cleopatra and their newborn son, Caesarion, came to live in Rome. Caesar was so popular with the Roman people they named him dictator. A dictator is a ruler with complete power. Cleopatra, however, was less popular with the Romans, having enraged them by calling herself the “new Isis.”

Caesar was murdered in 44BCE, so Cleopatra left Rome and returned to Egypt. Shortly after, Ptolemy XIV was mysteriously poisoned.

Rome was in turmoil after Caesar’s murder. Several armies competed for control. The two greatest Roman armies were those of Marc Antony and Octavian. Octavian was the adopted son of Julius Caesar, but Marc Antony Caesar’s closest friend. When Antony asked Cleopatra to meet with him, Cleopatra decided that she had another opportunity to return to power both in Egypt and in Rome. A legend says that when the two met, the Egyptian queen adorned her ship with so many rose petals that the Romans knew of her fragrance before they could see her ship. Cleopatra walked off the ship dressed as Aphrodite, the Greek goddess of love. Antony was immediately love-struck with the Egyptian queen. Antony was already married to Octavian’s sister, but he took Cleopatra as his wife, and the couple had three children. 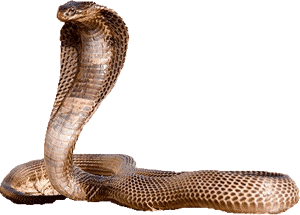 The asp—also known as an Egyptian cobra—was a symbol of Egyptian royalty. A legends says that Cleopatra excepted died when she allowed an asp to bite her.

Octavian’s army invaded Egypt in 30BCE after defeating Antony and Cleopatra’s navy in a sea battle. Antony committed suicide by falling on his sword. Fearing that she would be forced to live as a slave in the land she once ruled, Cleopatra, too, decided to end her life. According to legend, soon after she was captured by Octavian, the former queen arranged to have a deadly snake called an asp delivered to her in a basket of figs. The asp, also known as an Egyptian cobra, was a symbol of royalty to the Egyptians, By allowing the asp to bite her, Cleopatra is said to have become immortal.

Listen as Mr. Dowling reads this lesson.
Download this lesson as Microsoft Word file or as an Adobe Acrobat file. 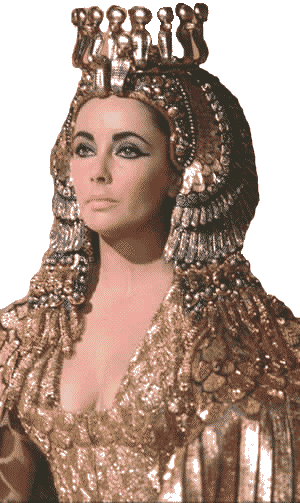 Cleopatra as portrayed by actress Elizabeth Taylor in Cleopatra (1963) 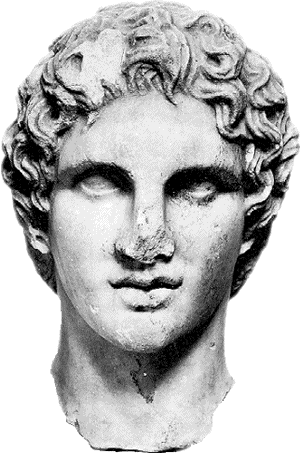 Alexander the Great (356 – 323BCE) spent most of his adult life on military campaigns through Asia and northeast Africa. By the time he reached thirty, he had created an empire that stretching from Greece to Egypt and onto the Indian subcontinent. 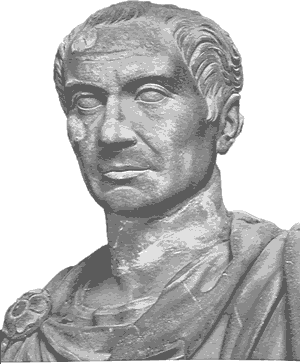 Julius Caesar (100 – 44BCE) was a Roman general who led an army against the forces that removed Cleopatra from power in 48BCE. He fathered Cleopatra’s son, Caesarion. 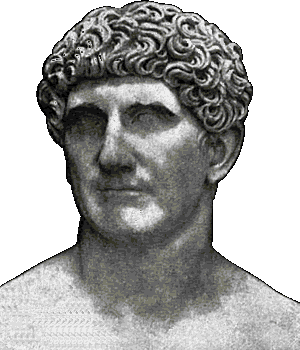 Marc Antony was Caesar’s closest advisor. After the death of the Roman dictator, Antony became one of the most powerful men in Rome, though his relationship with Cleopatra scandalized many Romans. Antony and Cleopatra had three children before he ended his life by suicide in 30BCE.