The writing of the ancient Egyptians was a great mystery until the discovery of the Rosetta Stone. In 1799, French soldiers were building a fort near the Egyptian village of Rosetta. The soldiers unearthed a dark grey-pinkish granite stone that stood about four feet tall and 2½ feet wide.

The Rosetta Stone was inscribed with three languages. One language was Greek, but the others were forms of Egyptian writing that were unreadable at that time. The Greek writing described a law written in 196BCE. Scholars decided the Greek writing might give clues to the meaning of the Egyptian symbols.

In time, the scholars concluded that the law was written in hieroglyphics and demotic scripts. Hieroglyphics was the sacred writing of ancient Egypt and was known only by the most learned priests. Demotic was a cursive script that the Egyptians used for less formal writing. Demotic writing shared some similarities with Greek.

In 1822, a French linguist named Jean Champollion matched several characters from the three texts and slowly deciphered an alphabet of hieroglyphics. Champollion concluded that hieroglyphics had originally been pictographs, but the symbols stood for sounds in later times. Using Champollion’s key, the mysterious hieroglyphic text became readable. Within a few years, scholars were able to find the explanation for the pyramids and many of the other mysteries of ancient Egypt.

In 2003, Egypt formally requested that the British return the Rosetta Stone to its original home. The British Museum and other leading world museums responded by issuing a joint statement rejecting Egypt’s request. The statement explained that ancient artifacts such as the Rosetta Stone belong not to their home nation but to all of humanity.

Download this lesson as Microsoft Word file or as an Adobe Acrobat file.
Listen as Mr. Dowling reads this lesson.
View a Powerpoint Presentation of this lesson 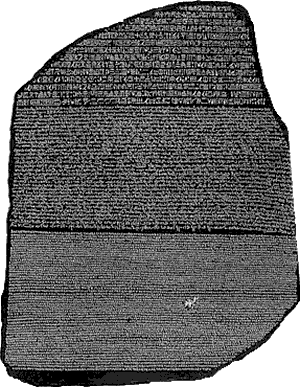 The Rosetta Stone has been on public display at the British Museum since 1802. 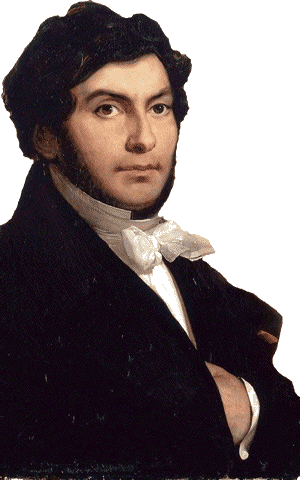 Jean-François Champollion (1790 –1832) was a French scholar who published the first translation of the Rosetta Stone hieroglyphs in 1822. Champollion Champollion demonstrated that hieroglyphics had originally been pictographs, but they stood for sounds in later times. 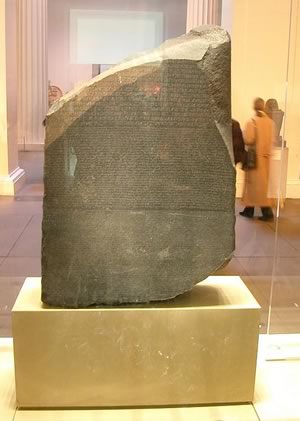 The Rosetta Stone is currently on display at the British Museum in London.