Legends say that Egypt was once two kingdoms: a lower kingdom in the north and an upper kingdom in the south. Southern Egypt is on higher land than northern Egypt, so unlike most rivers, the Nile River flows north. Menes (MEN-es) came from a village in Upper Egypt. About 3100BCE, Menes became the first ruler of a united Egypt when he conquered Lower Egypt. Menes wore a double crown of red and white that symbolized the unification of Upper Egypt and Lower Egypt. The Egyptians believed the crown had magic powers; it was the single item an Egyptian ruler could not take with him to the afterlife. A historian named Manetho reported that Menes ruled Egypt for 62 years and was killed by a hippopotamus. We cannot be certain of Manetho’s account because he lived almost 2,000 years after Menes.

The ancient Egyptians were polytheistic, which means they believed in many gods, but about 1350BCE, the pharaoh Amenhotep IV came to believe that Aton, a god of the sun, controlled all of the other gods. Amenhotep IV changed his name to Akhenaton, a name that means “he who is beneficial to Aton.” Akhenaton seized the temples to other gods, removed the Egyptians priests from power, and forbade the people from worshipping any god but Aton. Akhenaton and Queen Nefertiti built great statues to Aton and ordered that statues honoring any other god be destroyed. Most Egyptians did not take the faith of their leaders, and later rulers returned to their traditional beliefs.

A nine-year-old boy named Tutankhamen became pharaoh shortly after Akhenaton’s death. The “boy king” never became a “man king” because he died of a head injury only nine years into his rule. Tutankhamen reign was unremarkable, but Tutankhamen is remembered most for the treasures found in his tomb. Thieves robbed most of the pyramids over the centuries, but by accident Tutankhamen’s tomb remained intact because it was buried by rock chips dumped from the cutting of a tomb of a later pharaoh. Tutankhamen’s treasures remained hidden for more than three thousand years until British archaeologist Howard Carter discovered the boy king’s resting place in 1922.

Egypt’s most powerful pharaoh was Ramses II, who led armies that conquered many faraway lands. Ramses II did not build a great empire because he believed the land and culture of Egypt was superior to all others. Instead, Ramses II’s army forced the conquered lands to pay tribute. Tribute is payment for protection. Ramses II used his wealth to build palaces and temples throughout Egypt. By the time of his death in 1213BCE, Ramses II built more monuments than any other pharaoh. 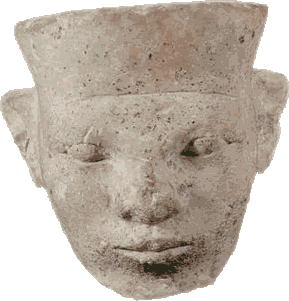 Menes is the first ruler of Ancient Egypt to leave a written record. Manetho reported that Menes unified Upper and Lower Egypt into a single kingdom about 3100 years before the Common Era. 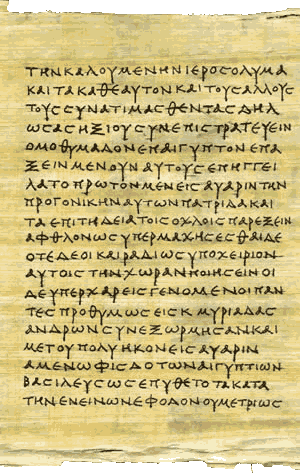 Hatshepsut ruled Egypt from 1508 to 1458BCE. Egyptologist James Henry Breasted described her as “the first great woman in history of whom we are informed.” 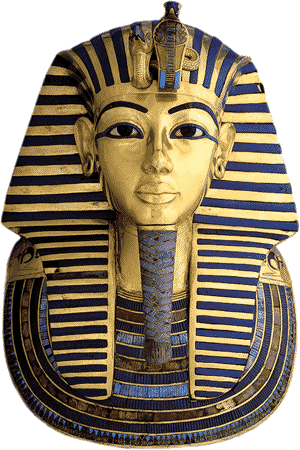 Tutankhamen was nine years old when he became pharaoh about 1332BCE. The discovery by Howard Carter of Tutankhamen’s nearly intact tomb in 1922 renewed public interest in ancient Egypt. Tutankhamen’s burial mask, (shown above) is now on display at the Cairo Museum. 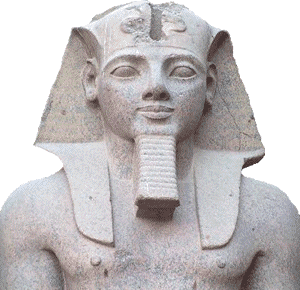 Ramses II ruled Egypt for 66 years until his 1213BCE. He is often regarded as the greatest most powerful pharaoh of ancient Egypt. His successors and later Egyptians called him the “Great Ancestor.”