Arab merchant sailors set up trading posts along the coast of India by the seventh century, although they may have been there earlier. The Arabs were Muslims who practiced Islam, a monotheistic faith that is very different from Hinduism, the traditional religion of the subcontinent.

About 800CE, Muslims from Central Asia first began to settle near the mouth of the Indus River in modern Pakistan. Over the next several centuries, Muslim warriors moved south to conquer land on the subcontinent. The lumbering elephants used by the Indians were no match for the Muslim’s swift war horses. In addition to this military advantage, the Muslim conquerors enjoyed, many Indians from lower castes rejected their traditional beliefs because Muslims taught that all people are equal.

The leaders of the Muslim warriors, called sultans, set up small kingdoms across northern India. The sultans wanted to spread their faith, so they destroyed many Hindu temples and placed special taxes on those Indians who kept their traditional beliefs.

New Muslim invaders called Mughuls arrived from across the Hindu Kush in 1504. The first Mughal ruler was Babur—a name that means lion. Babur was a descendant of Genghis Khan, a warrior who united several nomadic tribes to create the largest empire in history. Babur first ruled the land northeast of the subcontinent, but his uncles seized control of the kingdom while Babur and his army were fighting a foreign war. Knowing he could not return to his homeland, Babur and his army conquered Kabul, a city northeast of the peninsula. Babur and his army then defeated many small kingdoms and expanded his domain into northern India.

Babur’s grandson, Akbar, ruled from 1556 to 1606. Unlike previous Muslim rulers, Akbar did not force Hindus to become Muslims. He ordered that Muslims and Hindus be treated equally. India became a prosperous nation under Akbar, and the emperors who followed him became some of the richest rulers in the history of the world.

Islamic art, culture, and architecture became an important part of Indian culture during the Mughal Dynasty. The Taj Mahal, in the northern Indian city of Agra, is an example of Mughal architecture.

Akbar’s grandson, Shah Jahan, built the Taj Mahal as a mausoleum for his wife, who died in childbirth in 1631. A mausoleum is a large tomb. The Shah told builders he wanted a building as beautiful as his wife. Twenty thousand people worked daily for more than twenty years to complete the white marble structure.

Today, India is home to 138 million Muslims, making Islam the second most prevalent religion on the subcontinent after Hinduism. 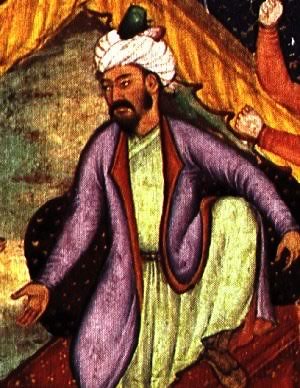 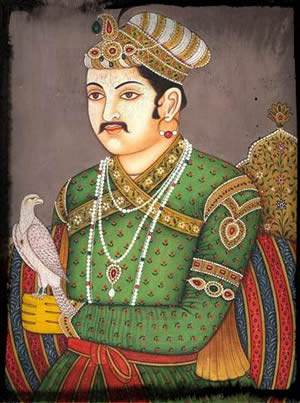 Akbar (1542 – 1605), ruled the Mughal Empire from 1556 until his death. To unify the vast Mughal state, Akbar established a centralized system of administration throughout his empire. He also adopted policies that won him the support of his non-Muslim subjects. 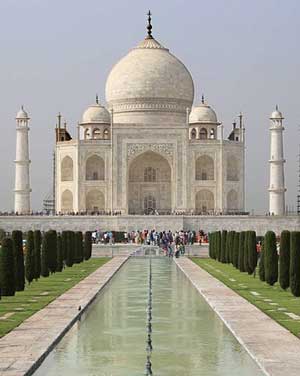 The Taj Mahal is a white marble mausoleum located in Agra, a city in north India. It was built by Mughal emperor Shah Jahan in memory of his wife. The Taj Mahal is widely admired as the finest example of Mughal architecture, a style that combines elements from Islamic, Persian, Ottoman Turkish and Indian architectural styles.