Social Classes of the Renaissance

Social Classes of the Renaissance

The people of Renaissance Florence, like most city–states of the era, were composed of four social classes: the nobles, the merchants, the tradesmen and the unskilled workers.

The nobles lived on large estates outside the city walls. They owned most of the city’s land, so the nobles controlled. The nobles served as military officers, royal advisers and as politicians.

Baldassare Castiglione described the proper manners of a noble in The Book of the Courtier (1528). Castiglione wrote that a noble must have training to be an able warrior and social talents such as wit, the ability to dance, and “a certain grace that makes all his activities seem effortless and unconscious.”

The nobles were disdainful of the merchant class, who gained wealth in industries like wool processing, shipbuilding and banking. The merchants sought to protect their wealth by controlling the government and marrying into noble families. They became patrons of great artists in order to gain public favor.

The tradesmen of Florence were the crafts workers and shopkeepers. Most tradesmen belonged to guilds, organizations that established standards of quality, set rules for membership, and limited outside competition.

The unskilled workers were the lowest class of city workers. These laborers did not have job protection and were very dependent on their employers. Workers who violated rules could have their wages withheld or could be discharged from their jobs. 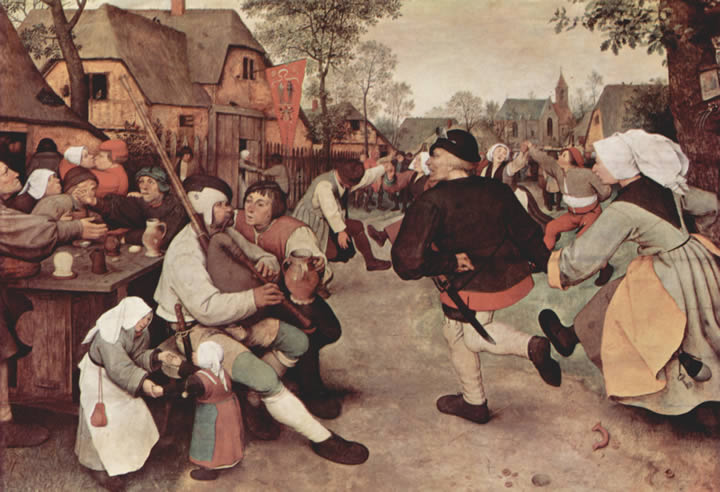 The Peasant Dance is an oil-on-panel by Flemish renaissance artist Pieter Bruegel the Elder, painted in c. 1569.

As difficult as their lives were, however, the unskilled urban workers were better off than the peasants who lived in rural areas. The poorest of the peasants were the sharecroppers who worked on land owned by nobles. Life on peasant farms was very difficult, and starvation was common.

The social classes of became less distinct as the Renaissance progressed. Humanist ideas led to increased rights for individuals, but the class system remained in place in Florence and throughout most of Europe long after the end of the Renaissance. 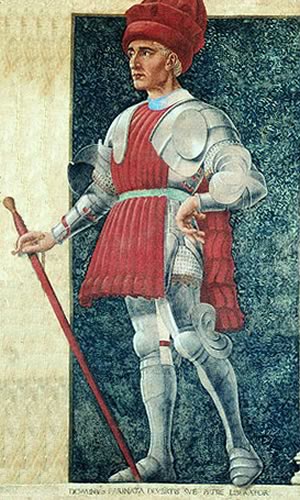 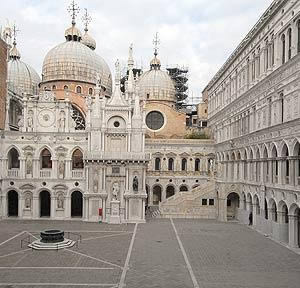 The Doge’s Palace in Venice, Italy. The palace was the residence of the Doge of Venice, the supreme authority of the Republic of Venice. Today it is a museum.

Baldassare Castiglione (1478 – 1529), count of Casatico, was an Italian noble and the author of The Book of the Courtier.