The rebirth of the Italian cities attracted visitors from all over western Europe. Merchants and bankers hoped to make their fortunes while artists in the Italian city-states. Students seeking knowledge and fame traveled from miles away. When these visitors returned to their homelands, they brought with them the ideas of the Renaissance. In time, the Renaissance influenced people far from the Italian peninsula.

Italian Renaissance painters often focused on religious subjects, but the art of the low countries of northwest Europe was more concerned with portraits, landscapes, and scenes of everyday life. This was partly because most people of the low countries were Calvinists. Calvinism os a branch of Christianity that believes in building simple churches without ornamentation, so artists from northwest Europe were unlikely to be sponsored by their religious leaders.

Pieter Bruegel the Elder (1525 –1569) was from Flanders, a Dutch-speaking land that is now part of Belgium. Bruegel studied Italian art, but he developed a different style. He wanted to show people as they actually lived. Many of his paintings show peasants working, dancing, and eating.

England’s William Shakespeare (1564 – 1616) is the best-known writer of the Renaissance. His plays mixed humor with drama and showed the strengths and weaknesses of people. Audiences flocked to see his presentations of Roman emperors, British kings and queens, and Italian teenagers. 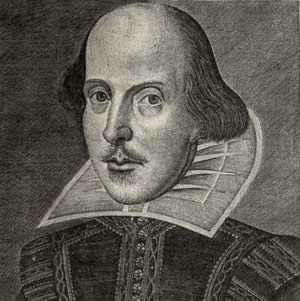 William Shakespeare…perhaps.  Martin Droeshout created the iconic engraving (above) for the first edition of Shakespeare’s published works.  It is unlikely that Droeshout  and Shakespeare ever met, but Droeshout may have worked from an authentic portrait, which hasn’t survived. 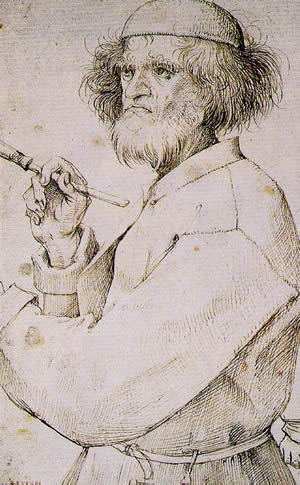 This is believed to be a self-poirtrait of Pieter Bruegel the Elder, a Flemish Renaissance painter known for his landscapes and peasant scenes.