In 1652, a group of people from the Netherlands settled in South Africa. The Netherlands is also known as Holland, and the people who live there are “Dutch." These settlers came to be known as Boers because Boer is the Dutch word for farmer.

The Population Registration Act classified the people as Bantu (black Africans), coloured (people of mixed race), white (the descendants of the Boers and the British), and Asian (Indian and Pakistani immigrants).


The Group Areas Act established separate sections for each race. Members of other races were forbidden to live, work, or own land in areas belonging to other races. Pass Laws required non-whites to carry a “pass" to prove they had permission to travel in white areas.

White South Africans yielded to world pressure and domestic violence in 1990 by repealing most of the apartheid laws.[/caption]

More than eighty percent of South Africa’s land was set aside for its white residents, despite the fact that they comprised less than ten percent of the population. South Africa’s black majority had resisted apartheid for many years. They began rioting in 1976, when the South African government tried to force black children in the Soweto township to learn Afrikaans, one of the languages of the white minority. The rioting continued for the next fourteen years until the apartheid laws were repealed.

The world community made South Africa a pariah because of its racial policies. The nation was forced to leave the Commonwealth, an alliance of former British colonies, in 1961. In 1985, both the United Kingdom and the United States imposed restrictions on trade.

White South Africans yielded to world pressure and domestic violence in 1990 by repealing most of the apartheid laws. Three years later, a new constitution gave people of all races the right to vote, and the following year South Africans elected a black man, Nelson Mandela, as president. 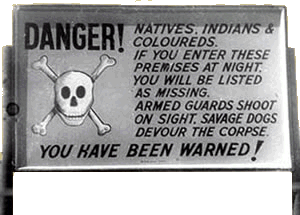