America tried to avoid becoming part of World War II, but it clearly had a preference. President Franklin Roosevelt convinced Congress to lend warships and other weapons to Great Britain. Many Americans opposed the President. These “isolationists” believed that Americans should not be involved in a war fought in Europe. This attitude changed when the Japanese attacked Pearl Harbor.

The Japanese and the Germans underestimated the determination of the American people. Factories began operating like never before. Americans worked double-shifts to create war materials. American movies and popular music focused on the war effort. The American people were able to out-produce the combined German and Japanese war industries.

The war had many unexpected consequences. Virtually every young man was fighting overseas, and factories needed workers to supply the soldiers. Women left their homes and joined the workforce for the first time. The military remained segregated during the war, but black soldiers served the nation with bravery and courage. The valor and heroism of these patriots were a factor in the eventual desegregation of the armed forces after the war, and played a key role in the beginning of the American Civil Rights movement. Finally, the government provided low-cost loans to the soldiers when they returned home from the war. Many impoverished Americans had the opportunity to attend college and start businesses. The war offered new opportunities for many Americans for the first time in history. 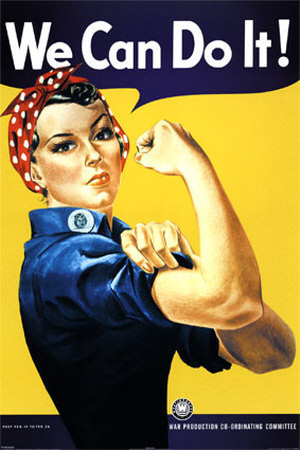 During the war, women sometimes replaced the male workers who were in the military. “Rosie the Riveter” is commonly used as a symbol of the era. 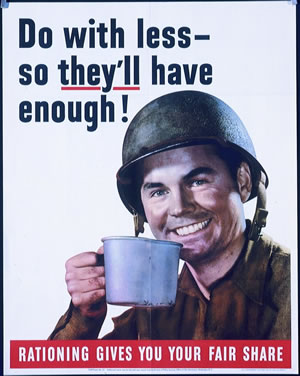 The United States rationed food, gas, and even clothing to support the war effort.