The Doughboys in World War I

America declared war, but several months passed before soldiers reached the front. First, Americans had to be persuaded to join the war. The idea of conscription, drafting soldiers to fight, was unpopular with many Americans, but 2.8 million Americans were ultimately called to duty. Once drafted, the soldiers were quickly trained and dispatched to Europe.

The war-weary French people were thrilled to see American soldiers march through the streets of Paris on July 4, 1917. The soldiers were treated as celebrities. Many French people threw candy or cigarettes to the soldiers to show their appreciation. An American officer announced Nous voici, Lafayette! (Lafayette, we are here!) The Marquis de Lafayette helped train George Washington’s troops in the American Revolutionary War. The phrase suggested that America was ready to repay an old debt to an old friend.

The British and French planned to use the Americans as reinforcements for their fallen forces, General John J. Pershing, the leader of the American forces, disagreed. Pershing insisted that the Americans fight together and not be spread among other Allied Forces. He understood the importance of the spirits of the soldiers. George M. Cohan captured the feelings of many soldiers in “Over There,” a song popular in the United States during the war, and proudly sung by soldiers on their way to the front.”

The American soldiers fighting during the Great War were often called “doughboys.” The meaning of the term is obscure, but the spirit of that nickname and many others helped build a sense of camaraderie among the fighting men. The eager doughboys helped lead the Allied Forces to victory in the Great War. 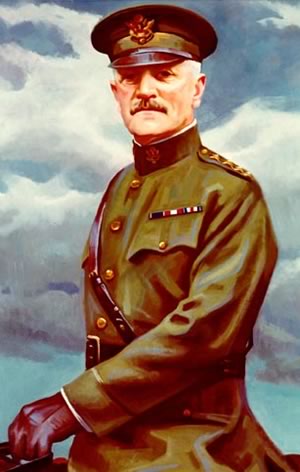 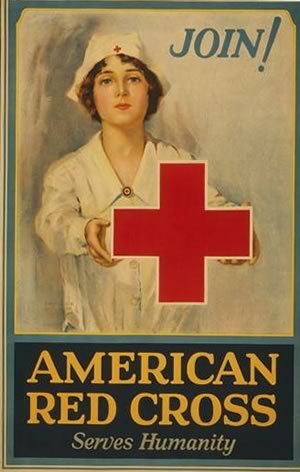 The Red Cross is a humanitarian organization that provided medical and recreational services for the military during World War I.