The German army fought the Great War on two fronts. They battled the French, British and Belgians on the Western Front, while they faced Russia on the Eastern Front. By 1917, the Russians were too busy solving their own problems to continue fighting in the Great War.

Russia fought two civil wars in 1917. Russia was led by a czar (often spelled tsar), a word that derives from Caesar. The Russian Czars saw themselves as modern-day Caesars, and they ruled their nation with little regard for the Russian people. Living conditions were harsh for many Russians during the Great War. The war had continued longer than planned and the Russian people were expected to work in dirty factories with little food to support the war effort. Food shortages caused by the war led to public unrest. Workers went on strike and riots became common in Russian cities. Czar Nicholas II was forced to abdicate or leave power, in March 1917. A weak provisional government formed, but within months, a second revolution brought the Bolsheviks to power. The Bolsheviks were followers of Karl Marx, a nineteenth-century German writer who called for a worker’s revolution. Radical forces led by Vladimir Lenin toppled the provisional government and established a Marxist government in Russia.

The Bolsheviks had no interest in continuing the war. In March 1918, the Russians agreed to the Treaty of Brest-Litovsk. This “separate peace” with Germany had harsh terms. Russia left the war, but it was forced to turn over Finland, the Baltic provinces, parts of Poland and Ukraine to the Central Powers. Germany could now move all of its soldiers to the Western Front, just in time to face a new opponent. 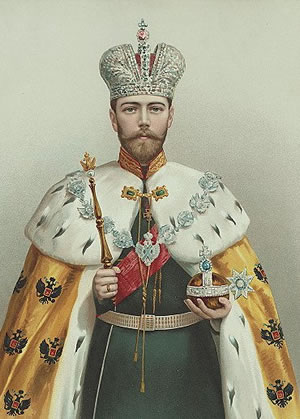 Nicholas II (1868 – 1918) was the last Emperor of Russia. He ruled ruled from for nearly twenty-three years until his forced abdication in 1917. 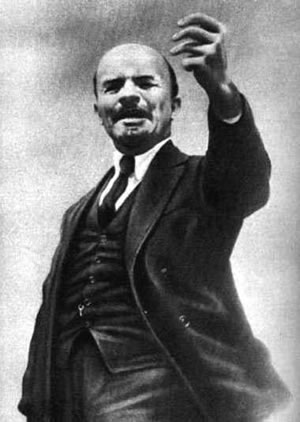 Vladimir Ilyich Lenin (1870 – 1924) was the leader of the Bolsheviks, a revolutionary movement that dissolved the Russian Empire and replaced it with a one-party state known as the Soviet Union. The Bolsheviks nationalized industry and businesses and implemented widespread societal reform.