John Lloyd Stevens was an American lawyer and diplomat, but his passion was travel and exploration. While in London in 1836, Stevens met an artist named Frederick Catherwood, who shared his dream of exploring the uncharted land of Mesoamerica. Three years later, American President Martin Van Buren commissioned Stevens to be his ambassador to the region.

While in Mesoamerica, the two men made amazing discoveries. Stevens’ writing and Catherwood’s drawings also introduced many people of the nineteenth century to the Maya civilization for the first time.

The men learned of a wall of stone partially buried in the shrubs and trees of the jungle in the Yucatan Peninsula. They had encountered the remains of a temple in Copan, a city abandoned one thousand years earlier by the Maya. The Maya were an advanced civilization that flourished in Mesoamerica for more than a millennium. Hoping to dismantle the site and sell it to American museums, Stevens is said to have purchased all of Copan for fifty dollars.

In the middle of the nineteenth century, most people were aware of the great civilization created further to the north by the Aztecs in central Mexico, and the civilization of the Incas, high in the Andes Mountains of South America. The Maya, however, were all but unknown beyond their native land. There were some fantastic legends known to the modern inhabitants, but no other indications that the poor people who lived in the jungles of Central America were part of one of the most advanced ancient civilizations in history. Stevens and Catherwood eventually discovered the ruins of thirty-six Maya cities including now-famous sites at Palenque and Chichén Itzá.

Stevens and Catherwood also encountered many samples of the mysterious writing of the Maya carved in stone. We know now that the Maya were the only Mesoamericans to create a fully complex form of written language. Some Maya glyphs represented objects, like a pictographic language. Others represented sounds. In some cases, a single glyph represented both a sound and an object. Today we can identify more than 2000 Maya glyphs, but Stevens and Catherwood were unable to decipher the stones they discovered.

Maya codices were folding books on cloth made from tree bark. All but a handful were destroyed in 1562 by the order of a Spanish bishop.

Diego deLanda was sent to Mesoamerica to convert the Maya people to Christianity. Realizing the Maya people would use the codices to reinforce their traditional beliefs, he ordered all Maya texts to be burned. As he later wrote,

“We found a large number of books…and, as they contained nothing in which were not to be seen as superstition and lies of the devil, we burned them all, which they (the Maya) regretted to an amazing degree, and which caused them much affliction.”

Before he did this, however, deLanda recorded his observations of Maya culture and examples of their writing. deLanda’s observations were lost for nearly three hundred years until they were rediscovered in 1862. The bishop’s manuscript was the first key to unlocking the puzzle of the previously unreadable Maya writing.

At least four of the original Maya books, called codices escaped the fire. As scholars learned to decipher the language, the books provided insight into Maya mathematics and astronomy. The codices tell us very little of everyday life for the Maya, and nothing about how the common people of the region lived. There are still many mysteries to discover as archaeologists continue to probe the jungle and find more clues about the Maya people. Researchers speculate that we will know a lot more about the Maya in the years to come. 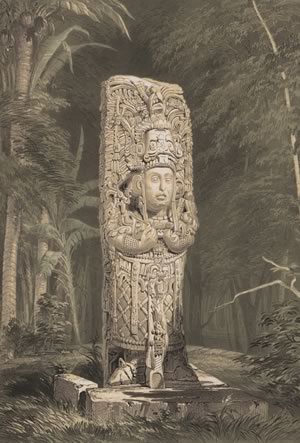 Frederick Catherwood’s lithographs introduced many people to the Maya civilization for the first time. 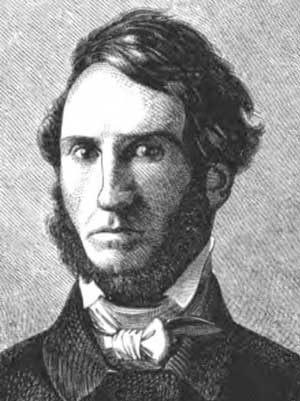 American diplomat John Lloyd Stephens (1805 –1852) introduced many people to the Maya civilization through the books he wrote.

An image from the Dresden Codex, a Mayan book of the eleventh or twelfth century. 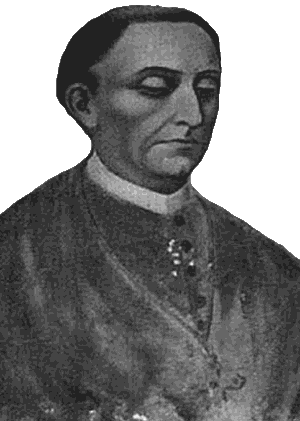 Bishop Diego de Landa (1524 –1579) was a Spanish bishop who was sent to Mesoamerica to convert the Maya people to Christianity. He ordered almost Maya texts burned when he realized the Maya people would use the codices to reinforce their traditional beliefs.