Feudalism in the Middle Ages

By the ninth century, the rulers that filled the void after the fall of the Roman emperors in Western Europe were often incapable of controlling all of their lands. In exchange for loyalty, a king often granted an estate, called a fief, to a noble. The nobles constructed large estates on their fiefs called manors. This system of loyalties and protections is known as Feudalism, a term derived from the fiefs.

The Lord and his family often lived in a castle, a fortified building constructed to be safe from enemy attack. These castles were unlike the images from fairy tales. They were built for protection rather than comfort. When under attack, the people of the manor retreated to the castle for protection.

Motte-and-bailey castles were constructed on large mounds called mottes. The earth used to build the motte formed a ditch. A drawbridge over the ditch could be retracted when an enemy approached the manor. The bailey was the area below the castle where most of the work of the manor was done.

The nobles pledged to train knights, mounted warriors who fought using swords and lances. The introduction of stirrups, supports for the rider’s feet hanging from the saddle, allowed cavalry to remain on their horses. A knight attacking on horseback with a lance tucked under his arm caused tremendous damage to his foe. The galloping horse was also a moving target that was difficult for an enemy force to attack.

Peasant farmers needed the noble’s protection as German, Viking, Magyar, and Moorish armies overran small houses and farms throughout Europe. Some peasants were freemen who owned or rented land from the Lord, but most were serfs.

Serfs could not be sold as slaves, but they could not leave their manor without permission from the Lord. The Lord provided the serf and his family a safe place to live and land to grow food. In exchange, serfs were required to work a particular number of days on the lord’s personal fields.

Serfs were not allowed to marry without permission from the Lord; the family of a serf would have to turn over additional crops when someone wanted to marry and leave the manor. Serfs were encouraged to have many children because a small family might not have enough daylight hours to tend their family plot after their work in the Lord’s fields was complete. Lords often forced families to pay a tax when a member of their household died to compensate for the manor’s loss of labor.

There was very little social mobility, or chance to move upward in status during the Middle Ages. A serf who lived on the manor of a Lord was likely the descendant of a peasant who had served the ancestor of that Lord. For centuries, a person’s life was all but guaranteed to be exactly like their parents’ lives.

The feudal system proved impractical by the end of the Middle Ages. A terrible disease called the Black Death claimed the lives of millions of Europeans in the fourteenth century, so in many places there were not enough peasants to farm the vast estates. The introduction of gunpowder and long-range cannons made knights fighting with swords on horseback an outdated form of warfare that was expensive to train and support.

At about the same time, cities were growing in population for the first time since the fall of the Roman Empire. These changes in society would lead to the Renaissance—the rebirth of Europe and the beginning of modern history.

Download this lesson as Microsoft Word file or as an Adobe Acrobat file.
Listen as Mr. Dowling reads this lesson.
View a Powerpoint presentation on Feudalism. 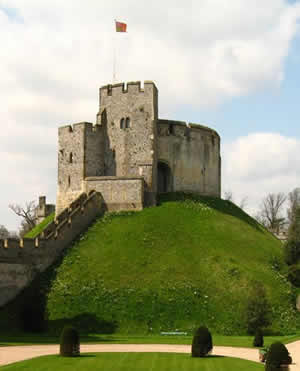 A drawbridge leading into Hever Castle near London. A drawbridge is designed to be destroyed or removed when the castle is under attack. A drawbridge often crossed a moat, ditch that was either dry or filled with water. 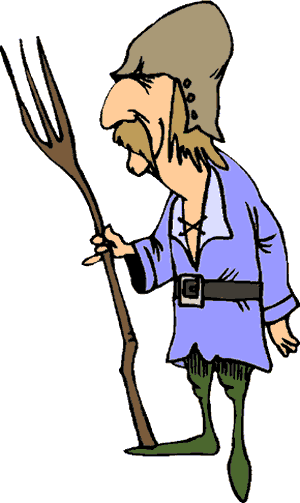