Primogeniture in the Middle Ages

Primogeniture is a system of inheritance where all property is handed down to the first-born son. During the Middle Ages in Western Europe, the oldest son the Lord of the Manor would become the Lord himself upon the death of his father, much in the same way that the oldest son of a king would gain the crown. The younger sons would have to find other careers.

The military was an option for many sons. A knight began his training as a young boy and advanced to the rank of squire at about the age of fifteen. When the overlord considered the young squire worthy, he was proclaimed a knight, and was entitled to the honorific title “Sir.” Knights were expected to be chivalrous. Chivalry was a set of rules for honorable behavior followed by the knights. The term chivalry now refers to aristocratic display and public ceremony rather than good manners.

A third option was to acquire a trade. There were no trade schools in the Middle Ages. A father would pay a master to teach his son a trade. The boy would become an apprentice and often live with the family of the master tradesman. After a period of about seven years, the boy became a journeyman. He could now work in his trade and be paid for his work. If a journeyman were an expert in his trade, he might create a masterpiece and become a master himself, able to employ apprentices of his own. 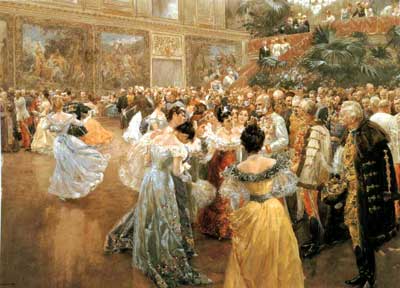 “Court Ball at the Hofburg” (1900) by William Gause depicts aristocrats crowding around Franz Josef I of Austria-Hungary.

A young woman might look toward marriage in her future. A dowry was a present of money, goods, or sometimes land given by a bride’s father to her husband. The dowry, however, was for his use, not hers. A dowry was thought to make a young girl more attractive to a potential husband. A large dowry might make it possible for a young lady to attract a rich landholder. Many girls entered the clergy as nuns, while others worked at servants at the manor house. 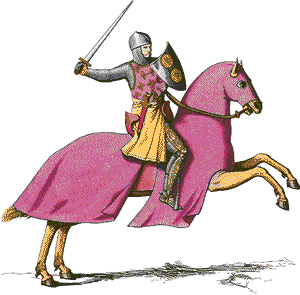 A knight was to always be addressed as “sir” during the Middle Ages in England.

In modern English, honorifics are often placed immediately before a person’s name. Honorifics are titles they convey respect and derive from terms of address used in England during the Middle Ages. Three honorifics commonly used today are Mr., Mrs., and Ms. Writers almost always abbreviate Mr. and Mrs. In fact, there is no consensus on how Mrs. is spelled out, and there is no other version of Ms.

In the English feudal system, honorifics such as “lord,” “sir,” or “mister” applied only to those above one’s status. As years passed, the use of mister gradually expanded as a sign of respect for all men. Today Mr. is often used unless a man prefers another honorific such as Dr. (doctor).

“Ms.” has been a popular honorific for all woman since the 1960s. Ms. is a form of address for women regardless of their marital status.