Home » Middle Ages » The Normans
Previous
Next
The Normans

The Vikings were fierce warriors from northern Europe, who plundered England and the coast of continental Europe throughout the Middle Ages. One group of Viking warriors – the Normans – settled in France and eventually conquered England in 1066.

In 910, Frankish king Charles the Simple made a deal with a group of Vikings. Charles allowed the Vikings to settle in northwest France on two conditions: The settlers had to agree they were part of Charles’ empire, and their leader, Rollo, had to convert to Christianity. The Viking settlers became known as Normans—men from the north—and their land known as Normandy. During the next 150 years, the Normans adopted both Christianity and French customs, though they interacted with other Viking cultures and the Royal House of England.

England is part of Great Britain, an island off the northwest coast of continental Europe. In the fifth century, two Germanic cultures, the Angles and the Saxons conquered the native Britons after the Roman army retreated from the island. In 1066, Anglo-Saxon King Edward the Confessor died, causing a three-way fight for the English crown.

The English nobles chose Harold Godwinson as the next king. Godwinson and his army faced two challenges: King Harold Hardrada of Norway led an army from the south, while William of Normandy posed a threat from the southwest. Godwinson’s army marched north to defeat Harold’s army.

At the same time, Edward crossed the narrow English Channel with his Norman army. The Normans built a fortified castle in England, and while Godwinson’s army was away, William’s army pillaged the English countryside. To pillage is to take things by force.

Harold Godwinson rushed his forces to meet the Normans, but the exhausted English army was no match for the well-prepared invaders. William the Conqueror’s Norman army killed Godwinson and subdued the English forces in the Battle of Hastings.

William the Conqueror distributed the wealth and property of the Anglo-Saxon nobles to about 200 Normans. The Normans built the imposing Tower of London to protect the capital; the tower also served as a reminder to the English people of the power of the Normans. William completed a survey of the population and the wealth of England. The result was the “Domesday Book” of taxation. Both the Tower of London and the original Domesday Book still exist today.

After 1066, England would be ruled by kings who did not speak English. The Normans imported French-speaking craftsmen, cooks, and scholars. The modern English language reflects the high status of the French Normans and the low status of the English field hands. We refer to animals in the field by their English names (cow, ox, sheep), while food that has been prepared and brought to the table generally has French names (beef, veal, mutton).

In 1204, King Phillip II of France conquered Normandy in the Anglo-French War. His army forced the English to retreat to Great Britain. After the conflict, English rebel nobles forced their king, John I, to sign a document that declared everyone, including the king, was subject to the same laws. The Magna Carta–or Great Charter– became the basis of English legal system and centuries later served as an inspiration for the United States Constitution. 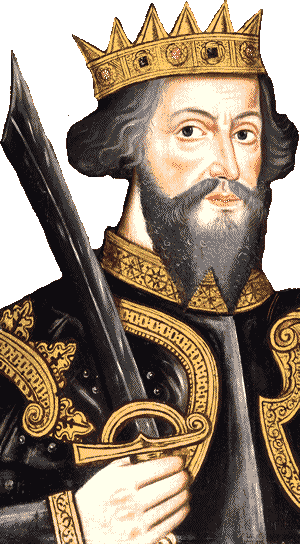 William the Conqueror was the first Norman King of England, reigning from 1066 until his death in 1087. 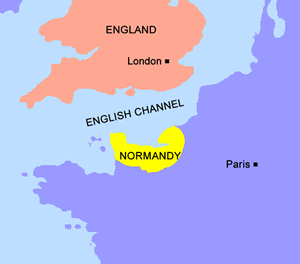 Normandy is in northwest France. 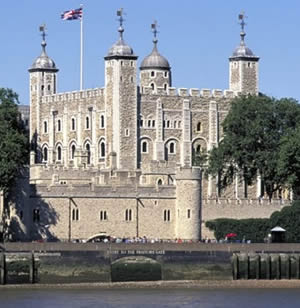 The Normans built the imposing Tower of London to protect the capital, but the tower also served as a reminder to the English people of the power of the Normans. 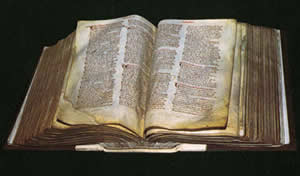 William the Conqueror ordered that a census be taken in 1086 so he could tax the people. The record were kept in the Domesday Book.