Kemal Atatürk and the Modernization of Turkey

Kemal Atatürk and the Modernization of Turkey

Ottoman sultans ruled Turkey for almost 700 years. After World War I, a period of chaos within Turkey ended when a popular, charismatic general named Mustafa Kemal took control. He was named Mustafa at birth and had no surname. As a child, he was nicknamed Kemal by his mathematics teacher. Kemal means “the perfect one.” He earned his nickname because he was able to memorize his lessons faster than any of the other students.

Kemal was convinced that Turkey needed to become a modern nation. He believed that if the Turkish people continued to follow their traditions, they would again be attacked by another western power. The popular Kemal often traveled the countryside to encourage the people “Let science and new ideas come in freely,” he often said. “If you don’t, they will devour you.” Greece attacked Turkey in 1921 and 1922, but Kemal led the Turks to victory. By the mid-1920s, the Turkish leader began a modernization program in Turkey: 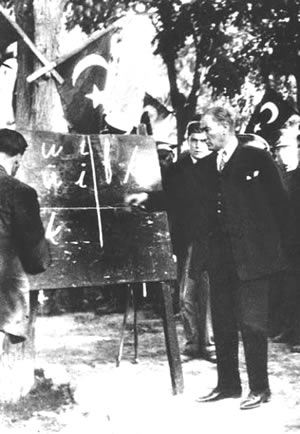 Atatürk traveled the Turkish countryside with a blackboard and chalk to personally explain how the letters should be pronounced. Many of the Turkish people had never before held a pencil or a piece of chalk.

Atatürk was a very popular leader. Most Turks accepted his changes, but some people disagreed because Atatürk ‘s changes created a more secular society. Secular means non-religious. It didn’t matter if people disagreed with Atatürk. The Turkish leader allowed only one political party and did not permit people to openly disagree with his policies. Atatürk died in 1938, but he is considered a national hero to this day.

Mr. Donn has an excellent website that includes
a section on the Middle East and North Africa. 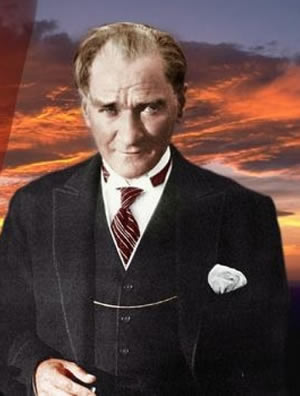 Mustafa Kemal Atatürk was the founder of the modern Republic of Turkey. 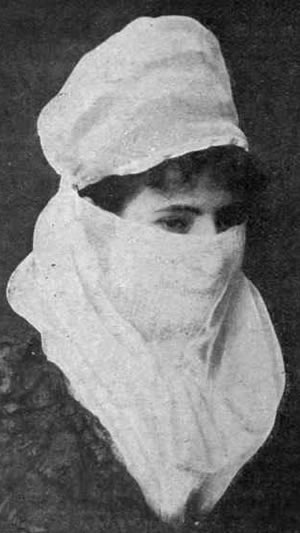 A Turkish veil, also called a yashmak, was once used by some Muslim women to cover their faces in public. Today there is almost no usage of this Islamic garment in Turkey. 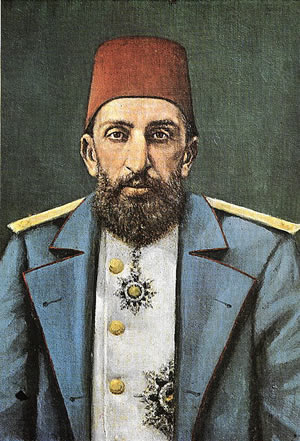 Abdulhamid II was the last Sultan to exert effective control over the Ottoman Empire. In Abdulhamid‘s era, Turkish men were expected to wear a fez in public.