The Iranian Revolution – The Shah and the Ayatollahs

Shah Reza Pahlavi ruled Iran until 1979. Shah is a Persian word that means king. Iran is an oil-rich nation. The Shah used his oil wealth to modernize his nation as Ataturk had done in Turkey. He allowed women to vote and hold jobs, built big cities, and created a more secular or non-religious society.

The Shah was very unpopular with many Iranians. Iran is a very traditional Muslim nation, and many of the Iranian people were displeased with the changes the Shah imposed upon them. Many people close to the Shah were corrupt. Anyone who disagreed with the Shah was forced to leave the nation or face SAVAK, the Shah’s brutal secret police. In 1971, the Shah held a three-day celebration that is believed to have cost over $50 million. The Shah hosted leaders and celebrities from around the world as parts of his nation was struggling with poverty and drought.

In January 1979, religious leaders called Ayatollahs gained control of Iran in a revolution and forced the Shah to flee. Iran became an Islamic republic. Boys and girls were no longer allowed to attend classes together. Alcohol and western music were forbidden. Men could not wear T-shirts, short-sleeved shirts, or neckties. Women and girls had to wear long, dark garments that covered their hair and body. Religious police severely punished anyone suspected of opposing the revolution. 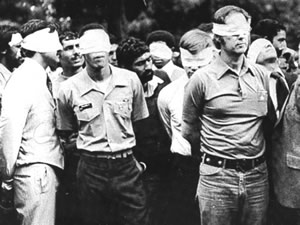 Shortly after the United States allowed the Shah to come to New York City for cancer treatment, Iranian students stormed the American embassy and held 52 Americans hostage for more than a year.

America supported the Shah, and the leaders of Iran’s revolution denounced the United States as the “Great Satan.” Shortly after the United States allowed the Shah to come to New York City for cancer treatment, Iranian students stormed the American embassy and held 52 Americans hostage for more than a year. Iran has also supported the violent Hezbollah, a group that has called for the destruction of Israel. 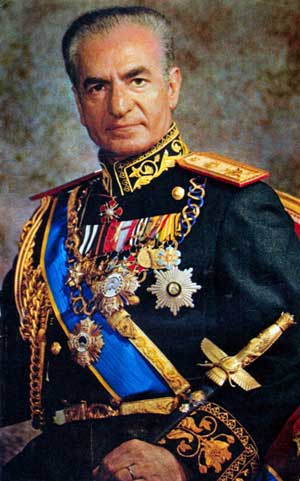 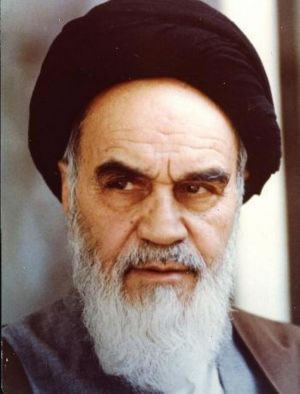 Ayatollah Ruhollah Khomeini (1902 – 1989), was the leader of the 1979 Iranian Revolution that overthrew the Shah. Following the revolution, Khomeini he highest ranking political and religious authority of the nation.