The Kurds and Kurdistan

Seventeen million Kurds are pastoral Muslims with a distinct language and culture. Kurdistan, the land of the Kurds, is a mountainous region in the Middle East that is divided among many countries. The Kurds make up about 18% of the population of Turkey, 23% of Iraq, 10% of Iran, 8% of Syria, and smaller portions of Georgia, Azerbaijan, Armenia, and Lebanon. The Kurds expected to become an independent nation after World War I, but Turkish leader Kemal Ataturk managed to reassert control over much of the region.

Oil wealth has brought changes to some parts of Kurdistan. Sulaymaniyah in northern Iraq is home to nomadic pastoralists and the thirty-nine-story Grand Millennium Sulaimani Hotel. The Turks and other host nations have encouraged the Kurds to give up their cultural identity and assimilate into the local populations. The Turkish government has referred to the Kurds as “mountains Turks” though their language and culture have nothing in common with Turkish. Until recently, the Turks have banned the Kurdish language in schools.

Former Iraqi dictator Saddam Hussein used chemical weapons against the Kurds because he said they were disloyal to him in his war against Iran. The United Nations forced Saddam to make the Kurdish region of Iraq a semi-autonomous region after the Gulf War in 1991.

Life would be easier for many Kurds if they rejected their traditions and assimilated into the cultures of their host nations, but it is important to the Kurds that they keep their heritage.

The Kurds live in a mountainous region that includes Turkey, Iraq, Syria, Armenia and Georgia. 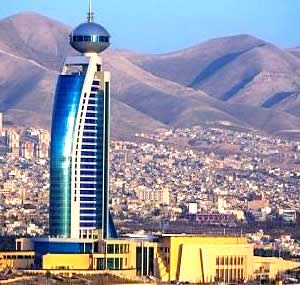 Oil wealth has brought changes to some parts of Kurdistan. Sulaymaniyah in northern Iraq is home to nomadic pastoralists and the thirty-nine-story Grand Millennium Sulaimani Hotel.